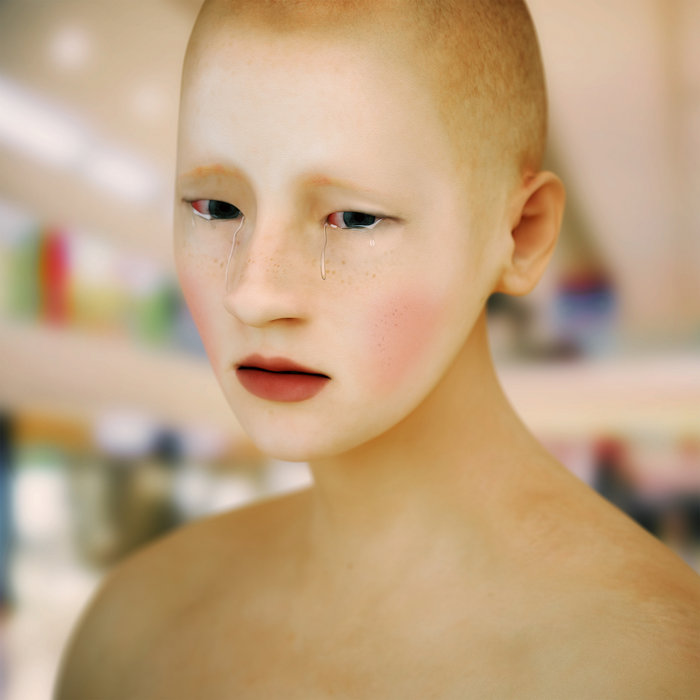 Christian Dark and depressing production, the soundtrack for where internet society is going now. Be sure to check out the video for 'Don't Go', great visuals. - CC Favorite track: I'm Lovin' I.T..

Antwood (a.k.a. Canada's Tristan Douglas) returns to Planet Mu with his second album 'Sponsored Content'. The album is more reflective than his debut, last year's 'Virtuous.scr'. The relentless mood of the first album has given way to a more melodic, stripped out sound. It still shakes with speed and energy, but with more space, more moments of delicate sadness and strange cyborg pop. What comes to the fore in 'Sponsored Content' is Tristan's gift for melody, coupled with the uncanny feeling that somehow his strange music is an entire ecosystem of it’s own. It's best explained by Tristan himself:

"This record was made during a very challenging year. Some of these challenges were for the best, some were not, most were both, others were neither. The music is inextricably tied to these events, whether I like it or not, and I’ve begun peeking out from behind my self-imposed veil of heavy conceptualization; revealing things about myself that my previous album Virtuous.scr didn’t."

"In the past year, I found that ASMR, which I had previously used as a source of foley in my music, was a fairly effective sleep aid. I’d been using the videos in this way for a few months, when I noticed a popular ASMR YouTuber announced a plan to incorporate ads into her videos; quiet, subtle ads, woven into the content. What bothered me about this was that these ads would target viewers, such as myself, during times of semi lucid vulnerability. This disturbed me, and I unsubscribed."

"Sponsored Content explores this idea of subversive advertisement, at least superficially. It’s obviously about the ubiquity of ads and the commodification of online content. The unlikely placement of ads in the music aims to force the listener to become hyper-aware of being advertised to rather than passively internalizing it. But after the record was finished, it became undeniable that really it wasn’t so much a “concept record” about advertisement; it’s as much about intentionally devaluing the things I’ve invested myself into, and over-complicating my work. When I realized this, I considered taking the ads out, and playing the music straight. But I left the record as it is: honest, flawed, with a little humour, and slightly up its own ass."

"I collaborated with El Popo Sangre (a.k.a. Paulin Rogues) for the visuals after he showed me his short film “Fantasy” which used several tracks from Virtuous.scr. He and his team at UNICORN added a depth to the project I could never have done on my own."

Bandcamp Daily  your guide to the world of Bandcamp